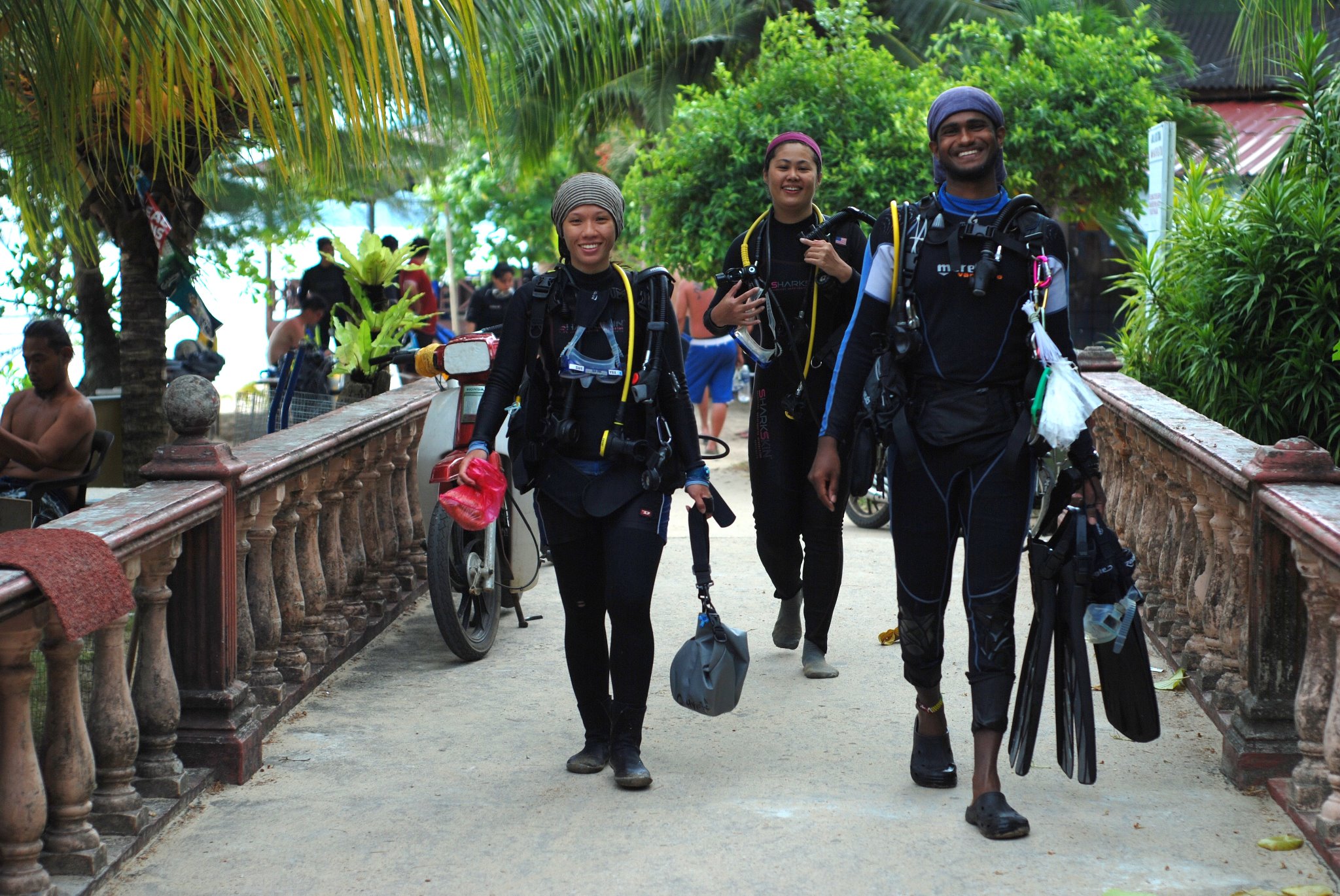 “We are God’s stewards, tasked to care for His creation.” – Alvin Chelliah and Chen Sue Yee on their work in coral reef conservation

Along the sands of Pulau Tioman that lays a path to the open sea, Alvin Chelliah and Chen Sue Yee have lived quietly for years, guardians of Malaysia’s coral reefs. Here, they share their thoughts on conservation work and a living faith, and why following Christ means caring for His creation too.

After nearly a decade, Alvin and Sue have gotten used to island life. The married couple work for Reef Check Malaysia, an NGO that monitors over 200 coral reefs in Malaysia and works with communities to promote sustainable reef management and conservation.

A couple brought together by a love for the ocean

“I grew up in a family who loved the outdoors, so we were always taken camping and on beach holidays,” says Alvin. “It was during a trip to Pulau Perhentian that I first learned snorkelling and how to scuba dive, which was a gamechanger. I had not seen anything more interesting or beautiful [than what I saw underwater].”

Naturally, when the time came for him to choose a study path, he opted for marine science at Universiti Malaysia Sabah. There, he met a coursemate who went on to become his colleague, who later became his companion for life. Sue had also grown up with a love for the ocean; in her youth, an uncle introduced her to scuba diving and there in the universe below, she found her purpose.

God created the Earth and He has entrusted its care to us. If we want to continue being blessed by God’s creation, it is important that we rule over creation in a way that sustains and protects it.

Blessed with a marriage of purpose, united by passion

“It’s great working with your spouse; they know your work so they don’t complain about the workload. We can also pick up each other’s slack and when you have to whine about something, they completely understand,” says Alvin, but then cheekily adds that Sue may think differently because in her opinion, he’s a slave driver and workaholic.

Sue admits with a laugh that he’s not easy to work with. However, she acknowledges that it’s nice to have someone who shares the same passion and understands the work. “There’s someone you can rely on for help and seek their opinion,” she adds. On marriage, Sue circles to a diagram her pastor shared on their wedding day.

Armed with a united faith and the same passion for ocean conservation, Alvin and Sue have made a home, and a life, on Pulau Tioman with their young son, Ray. There, they work with local communities on Reef Check projects, monitoring the coral reefs under their care.

Fish and corals are amazing, but people can pose a challenge

Malaysia’s coral reefs cover an estimated 3,600 km2, located mostly in East Malaysia (Sabah and Sarawak) and the eastern coast of Peninsular Malaysia1. In East Malaysia, there are over 550 species of coral and protected areas such as Pulau Sipadan are world-renowned diving spots.

Some of the most diverse ecosystems on earth, coral reefs provide income, food and protection to over 100 million people in Southeast Asia alone2. However, many of us have not been taught the importance of caring for and protecting our coral reefs.

When I started, I was mainly working with fish and corals and it was amazing. Absolute peace and tranquility. Later I moved to Pulau Tioman and started working with people… it was challenging. We had to get people to re-examine the way they think and act and this was not easy.

In the course of his work, Alvin and his team have been shouted at, chased out of premises and even threatened. “People generally don’t like change, and they don’t like it even more when it’s an outsider telling them that change is good,” Alvin adds. However, patience and hard work pay off. Today, many of these same individuals are now supportive of the the work, with some even actively involved.

According to Reef Check’s 2021 report on the status of coral reefs in Malaysia, reefs recorded on average a ‘fair’ amount of living coral at 44.26%, up slightly from 41.42% in 2020. Reef Check notes, however, that this may be due to the drop in tourist activity due to the pandemic.

Sue was in charge of the report’s development, having moved to a more office-based role in data analysis, research and reporting after their son was born. The 140-page report was based on 206 underwater surveys conducted by Reef Check Malaysia, park authorities and authorised volunteers.

While the increase in live coral cover is to be welcomed, there are also a number of indicators that show coral reef health is being damaged by a variety of impacts including pollution, marine debris and warm water bleaching.

In North Borneo, dive operators took part in survey efforts as well, showing that it is indeed possible to get local stakeholders involved in managing and caring for the reefs. The challenge, according to Alvin, is getting the Church to be more involved.

We are God’s stewards, tasked to care for His creation

The passionate marine biologist doesn’t mince his words when we asked if creation care is part of living out our faith. Using Jesus’ parable of the talents, Alvin poses a question: When God asks us what we did with all the ‘talents’ of nature’s blessings He’s given us to steward, what will our answer be?

To be honest, I find it extremely embarrassing how little the Church does when compared to organisations of other faiths, Hindu and Buddhist temples, for instance. Many churches not only do the bare minimum but are in fact part of the problem in choosing to remain oblivious.

He adds that to his knowledge, some people have left the Church (organised religion) for this very reason, believing that the Church holds strong to the view that God created everything for man’s use and to plunder.

Sue agrees, and quotes Genesis 2:15 where the Lord placed the man in the Garden of Eden to work it and take care of it. “We must manage His creation not simply for our own benefit but for His glory too,” she says.

So, where do we start?

For Alvin, the key is education and awareness, because these lead to informed decision-making. From the food we eat to the things we buy, the businesses we support with our money and how we spend our time, even the number of kids we have, it all has an impact.

So do some reading and learn more about the loss of biodiversity, climate change, our environment, our jungles, our reefs. Then, just as important, go and experience these natural ecosystems firsthand and you will see God’s amazing work and you will want to protect them too.

Sue’s tips on getting started are simple:

“All of the above can be done from home and at the workplace, in our daily lives. You don’t have to be perfect in it. Just start trying. Borrowing the quote from Anne-Marie, we don’t need a handful of people doing it perfectly, we need millions of people doing it imperfectly,” Sue says.

For Alvin and Sue, faith holds everything together

In this line of work, you can’t be in it for the money or fame. Conservation work is often done quietly, under the cover of jungle canopies or a blanket of blue sea. When you work in a field driven by passion, it can also take its toll. As Alvin says, conservation work can be “very depressing, emotionally draining and often frustrating.”

But there are glimpses of hope, such as when dive operators work alongside them on surveys or when community members that once rejected them now accept, support and contribute to the work being done. Above it all, what holds everything together for this young couple — their work, marriage, family and lives — is their faith in God.

Faith allows us to keep this passion alive because we know whatever we face, we are facing it with God’s grace. He gives us the courage to stand up for what is right, gives us kindness and gentleness to work with people, self-control to stay away from greed, and patience and wisdom to deal with those in authority.

At the end of the day, seeing change and the fruits of their labour reminds them that not all hope is lost. Tomorrow is a new day, and as long as they are able, Alvin and Sue will honour their Creator by protecting His creation.

6 ways to build a business rooted in godly stewardship 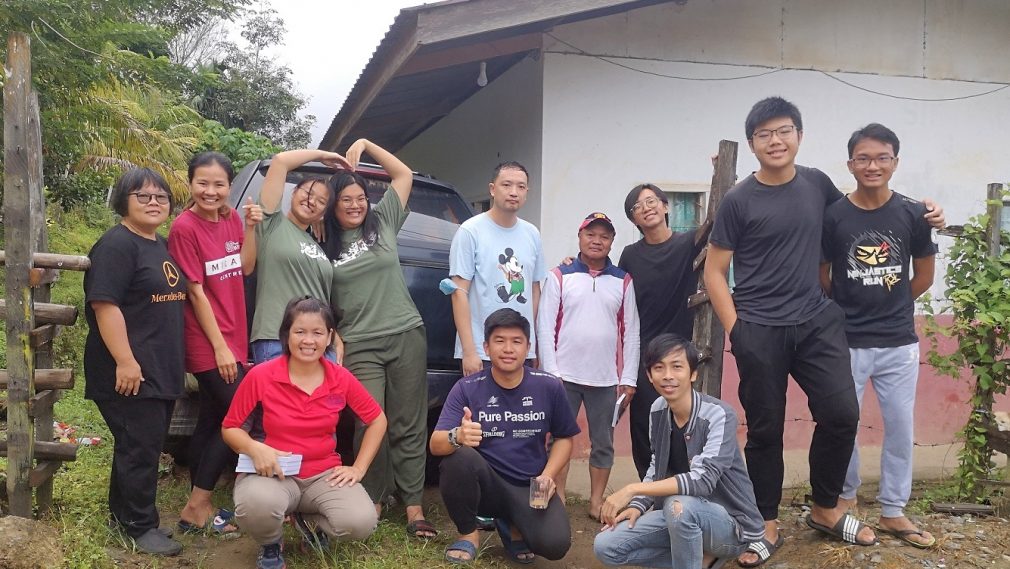 A heart for the poor: Isaac Goh finds his calling among Sabah’s rural communities