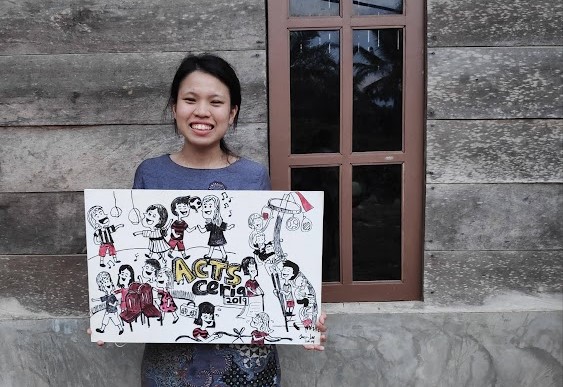 Sleepy during the Sunday sermon? Illustrator and artist, Chang Jean Lee, shares how art awakened her faith and purpose

There are many ways to engage with the Word of God. Here, Chang Jean Lee shares how reflecting on God’s Word in pictorial form has helped enrich her soul as she intentionally draws for spiritual food found in the Bible.

Art has never been foreign to Chang Jean Lee, known affectionately as Jean to friends and family. Creative expression through art became a part of her from a tender age; she would draw to express yearnings in her heart such as the desire to travel to a wonderland together with her family.

Jean stands by the old adage that the pen is mightier than the sword. Where words have failed her, she has found that strokes, sketches and visuals have helped convey her thoughts more effectively. To Jean, a picture is truly worth a thousand words.

Struggling to focus in class, Jean discovered her love for art in her school years

She recalls the blank corners and borders of her textbooks as a place to doodle about the lessons she was being taught. It helped her stay focused as her teachers waded through a vast array of information.

Despite knowing art was her forte, Jean chose the science stream for upper secondary school, only to regret not following her passion.

However, not all was lost – as she took Art as an additional subject for the national Form 5 examination, SPM. When the examination results were released, it was the only subject she scored an “A” in.

“I wanted to please my dad by entering what was perceived as the ‘good’ classes. Fortunately, I took up art as an additional subject. My art teacher thought I wanted extra credits, but I took it up only for the sake of drawing,” Jean says.

Over the years, she honed her unique art style and expression

Jean’s talent for drawing was evident throughout her youth, most of which was spent in Sabah (she was born in Melaka but grew up in Sabah due to her father’s work in the palm oil industry). Art was her stomping ground, and Jean clinched most of the trophies for the art competitions she participated in throughout her school years.

After high school, Jean put art in the backseat until a Sharpie pen at a college art booth reminded her of the divertissement found in drawing. “I really liked the colour of the pen, so I bought it and started doodling again. That is when a friend said, ‘Hey, you can draw!’’ Jean shares.

Simple were those words, but they made Jean realise that drawing was not as natural an activity to others as it is for her. For the first time, she began to wonder if art could be her unique talent and began to focus more on honing her craft.

A blank canvas: when a creative meets her Creator

In the midst of broadening her art and taking it to the next level, Jean was also getting to know Jesus Christ. She had moved to Selangor to pursue a diploma in public relations when a few college mates introduced the gospel to her.

Jean had always been cautious about Christianity, as she had the impression that it was a religion of scams and fraud. But this time, there was a difference.

“I remembered a Christian friend treating a group of us to a meal. Later, another Christian friend of mine invited me to church. She was not at all pushy, but said ‘up to you’,” Jean says, adding that she found the actions to be counter to what she had imagined Christians to be.

Those three words, up to you, caused the first cracks in the walls of her heart, and she stepped foot into a church (Acts Church) for the first time. “I liked the message spoken during that service but when they sang lyrics about their God, I was like, ‘What about mine?’” Jean shares as she recalled her maiden experience and how worship had felt irrelevant to her.

Although she wasn’t convinced, she was now open and continued to hear of miracles and testimonies among the Christian community.

And soon, she encountered God for herself. “It was in 2013, I wasn’t sure why I asked God but I said, ‘If You are real, show me.’ And after I prayed, I was shocked to hear my name being called out for a lucky draw win at the Bloom women’s conference,” Jean said.

Jean then became an active church-goer until 2016 when she finally committed to accepting and following Jesus with her whole heart by baptism. She is currently a leader in Acts Church where she attends and serves faithfully.

“Jesus helped me to harness this talent. Otherwise, I would have always followed what the world wants.”

As Jean grew in the knowledge of God and the Word, she began to realise a responsibility that came with her artistic talent. Although it hasn’t been easy, she finds encouragement in knowing that maturity is eventual as she continues to seek accountability for what she creates.

“[Back then], people said that my drawings were gothic and depressing. I often received comments to draw something more positive and happier. At that time, I was struggling with low self-esteem and art was still my expression tool.”

The journey has been enriching, but at the same time, it has been about growth. She endeavours to cap a purpose on her artwork, knowing its impact and influence, while remaining authentic to who she is and the emotions she deals with.

“Jesus helps me to harness this talent. Otherwise, I would have always followed what the world wants. What separates my work as a believing artist, from when I was not, is the light and life in the drawing, spurred by His encouragement and promises,” she says.

Today, Jean is God’s artist, showing the world that His Word is alive and active

One way that Jean serves the Christian community today is by sharing her lessons visually through illustrated sermon notes.

As a youth who made random doodles in class to stay focused, Jean has not changed as an adult. But now, she intends to use her restless hands in a quest to love God more.

“I [sometimes] get tired when listening to the preacher during Sunday service and I would be embarrassed to say I had caught nothing much in church. So I became more proactive by making graphical notes to keep myself awake and attentive, as well as to express what I grasped so far in the message shared.”

Jean posts her sermon notes online as a memento, or to bless the speakers with pieces of physical artwork as an appreciation for delivering His Scriptures. She said speakers have been surprised and comforted as they too had wondered, and even doubted if God’s Word had successfully reached the hearts of the listeners.

“There are people, like me, who struggle with reading the Bible. It is not that I don’t like the Word, but I’m not a word person. Words drown me, but drawing and illustration bring words to life. I hope to help more people understand the Bible more deeply,” Jean says.

The hack and beauty of documenting God’s living word through drawing have birthed a desire within Jean to extend that ministry. Today, she brings canvases to draw during mission trips where languages may be a barrier in diverse communities.

Even though Jean admits she is not a bibliophile, she still emphasises the importance of deep diving into God’s Word to be able to better demonstrate it. In this season, she says that the book of Psalms has been her lectio divina and she ambitions to display the Almighty’s impeccable wisdom packed in the verses through her art.

Are you a visual communicator finding it hard to read the Bible? Here are some ways to help the Scriptures come alive for you.

Jean posts her artwork on Instagram under the handle, Imaejeanation Speaks. Her drawings are unique and usually adorned with a batik flair. 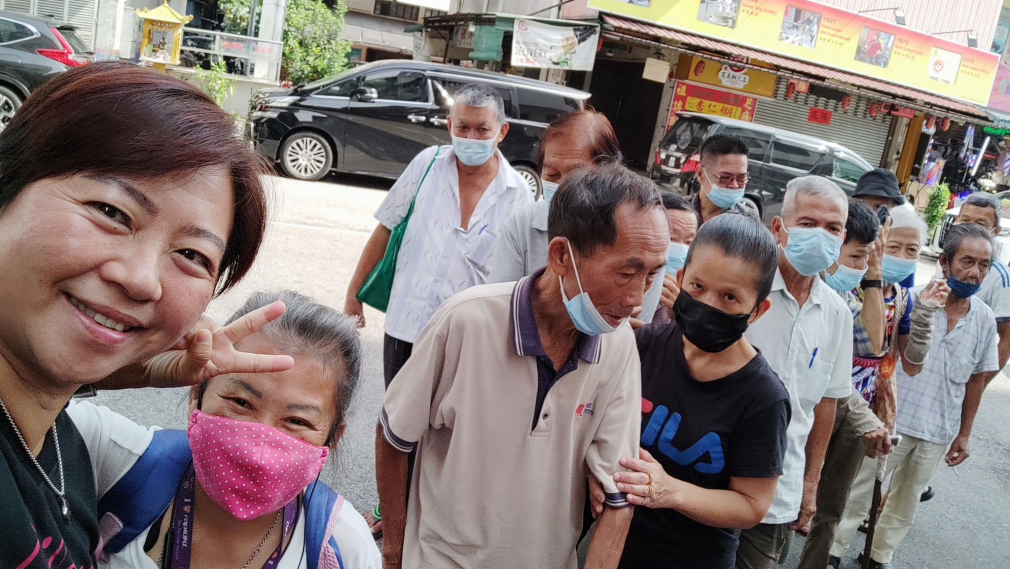 Along the streets of Chinatown, Mummy Cyndi brings God’s love and warm meals to the homeless 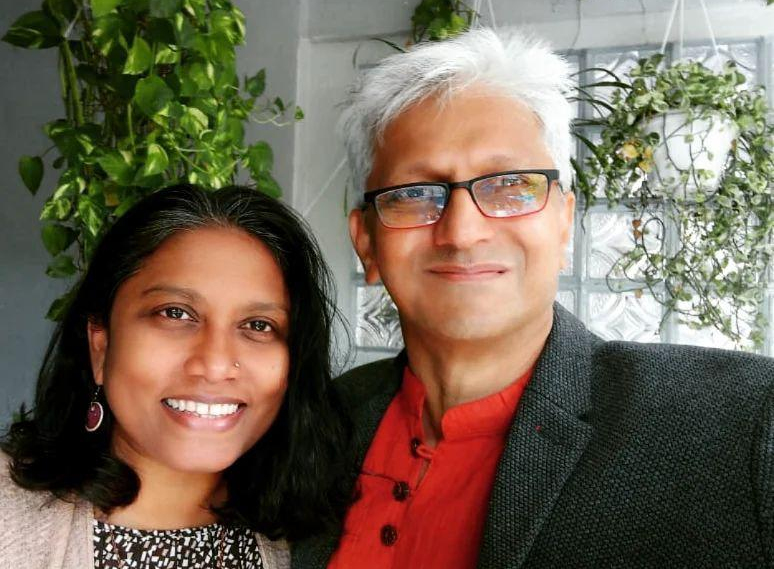 “There is a physical missions field, a bigger need beyond your church and office. There are real people out there who need real love” – Helen Avadiar-Nimbalker on God’s love at work with those working in the sex industry