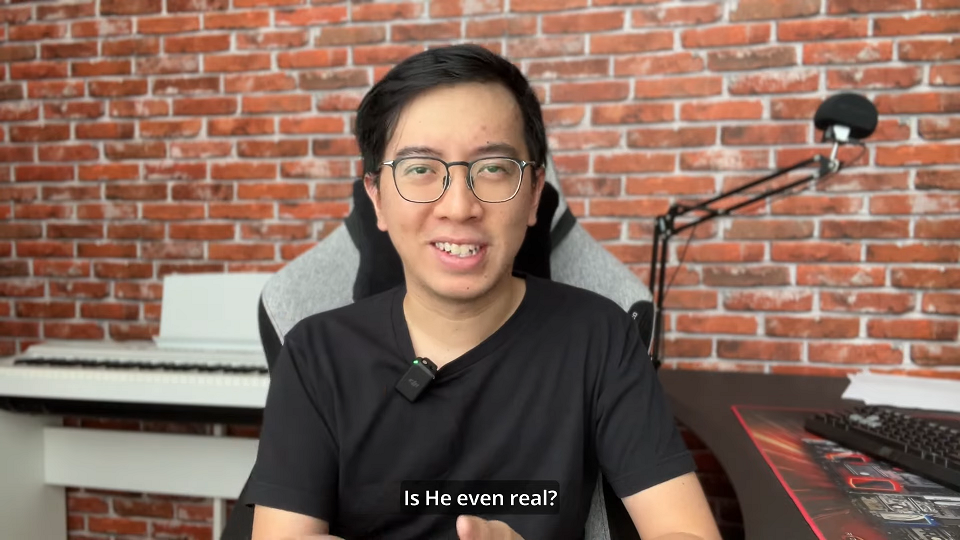 “If you’re truly looking for answers, they will be found in the Bible”- YouTuber Dan Khoo on rediscovering the God of the Word

On 11 October 2022, Dan Khoo released a video, ‘I lost my way as a Christian’, in which he shares his journey of losing and rediscovering his faith. The Malaysian influencer, who has over 500,000 followers across social media platforms, shares with us why he chose to speak up and why now.

A versatile actor, director and producer, Dan Khoo is a Malaysian influencer who first broke into the YouTube scene a decade ago. The founder of DanKhooProductions is known for comedy sketches and creative videos but had not spoken publicly about his faith until he posted the video last week.

“God truly works in His own ways, and one of the ways He brought me back to Him is through my wife, and the institution of marriage,” Dan shares. They were married earlier this year, having met just before the pandemic.

Dan’s wife was not born into a Christian family but found Jesus for herself along the way. When they started dating, she invited him into conversations surrounding God and Christianity.

Keen to explore further, both of them began an intentional journey of finding the answers to their questions and sought the truth together. “After around two years, it’s when I went full gung-ho into God and Christianity because I had found my answers,” Dan says.

For most of his life, Dan lived ‘plugged into a spiritual matrix’

Dan has been a Christian for more than 30 years, but describes most of his life back then as a Sunday Christian, going to church and then living the rest of daily life without the reality of God in it.

It doesn’t matter if you have a Bible, or even if you’re reading it. In order for the Word to come alive, there must be a genuine interest in understanding it. “When you read the Bible without actually wanting to read it, chances are you’re just looking at words.”

Dan scored an A for SPM Bible Knowledge while others in his class barely passed or failed, but it wasn’t because he knew the Scriptures, he says with a laugh.

“I had found a loophole. I figured if you answer the questions (on Luke and Acts) with your own interpretation, you’d score low. But if you just take answers from the Bible and write them down word for word, you’ll score well. So I memorised the entire books of Luke and Acts, I remember writing out the books 20 to 30 times! That’s how I went from a fail to an A.”

The point of his story, however, is that if someone like him who had memorised two entire books could still not truly understand the Bible, what about so many other Christians who don’t even memorise Scripture?

As Dan searched for answers, he also kept an eye out for people with a good grasp of biblical theology. He approached several individuals and pastors in his church with some questions, and when they were answered, he decided to go deeper with them.

“First, you have to get into the Word of God and try to understand it for yourself. Having teachers who can break things down for you gives you more conviction and assurance. They also didn’t give me the answers outright, instead of spoon-feeding me they taught me how to fish [study the Bible] instead.”

Dan also points out that religion can be deemed a sensitive topic today, and so many (like himself) don’t openly share if they are searching for answers or not.

“It’s not just the youth, even seasoned Christians as well may not understand the Bible. I had the Bible with me for so many years and thought I knew it,” he says. “But if you really want to know, you have to go for it.”

Studying Genesis and Revelation, he wanted to know the beginning and the end

His approach to studying the veracity of the Bible was to go through Genesis and Revelation. If he could be persuaded that the Bible’s account of the beginning and end of all things was true, the journey would be easier.

“There are different ways to read the Bible, but I started with Genesis and Revelation — the beginning and the end. So after searching about creation, the way cultures developed and how people groups moved to make the world we know today, the explanations made more sense to me than other theories, even the Big Bang Theory.”

With Genesis sorted, Dan turned to Revelation. It’s not a commonly read book because it’s often seen as too daunting or frightening, but the young man was determined to see if Revelation held the truth.

“Revelation is very interesting, there is a very unique point suggested by David Pawson that proves that the Bible is legit. And you can also see things coming to pass that substantiate the prophecies in the book. Now, across media and all major streaming platforms, there are so many elements that Revelation warned of coming true,” he says emphatically.

Whether videos, courses or books, there are Bible study resources everywhere

If you’re truly looking for answers, they will be found in God’s Word. That’s Dan’s conviction for his invitation to others, to embark on a faith journey of exploration and discovery.

“I once stood on both sides of the fence, my questions were genuine and seeking. If you really want to know, you have to read and study the Word of God in order to answer your own questions,” he says simply.

Dan unsurprisingly turns to YouTube often for expository teaching of the Bible and assistance whenever he’s studying God’s Word. “One of my favourites is David Pawson, but he may be a little monotonous for those just starting out. Some of his videos are over 20 years old! Another is Paul Washer, I enjoy listening to him.”

He also watches Lion of Judah for more motivational faith videos and recommends the Alpha programme as a great place to start if you have questions.

“The questions I asked in my video are regular questions anyone would ask, and these often crop up in programmes such as Alpha,” he says, adding that many churches also offer courses to study the Bible.

However, he also cautions Christians to not accept any Christian teaching blindly, but to go back to the Word of God and teachers they trust to find alignment. If alarm bells start to ring, he says, it might be the Holy Spirit warning you to be careful.

When asked to compare life before Jesus was real to him and how he sees it today, Dan takes a few moments to think. “Back then, I didn’t understand the true meaning of Christianity. You’re just in the Matrix, living your life going to church on Sundays, living in sin, not caring for others,” he says reflectively.

But now, even his wife says he’s different from the man he was two years ago.

“I was more self-centred then, as many of us are, just thinking about myself and not caring for others. Now I’m out of the bubble, unplugged from the matrix so to speak. And I care more about others around me, which is why I’m speaking up now,” he says.

Dan has decided to share his journey of knowing God publicly through his personal YouTube channel here because he’s realised the Bible to be true. He now carries a burden for those who don’t know the truth.

“It’s clear in God’s Word. If you cannot be with God because you’re not saved, there’s only one other place you can go. And you truly wouldn’t want your friends to go there. I’m not doing this for fun or recognition, it’s because I know this other place is real and terrible and so I want to reach out to people today.”

The true path of Christianity is not an easy one

Something Dan’s pastor said recently has stood out to him, that Jesus came to make us holy. And so our goal as Christians is to be holy and Christ-like. But what does that look like?

“It’s everything the world hates. The true path of Christianity is not an easy one,” Dan says, referring to Jesus’ words on not being able to serve two masters (Matthew 6:24).

But for this influencer with an established brand and YouTube presence, knowing God has brought joy into his life and filled an emptiness he doesn’t know how to definitively describe.

“It’s really an unexplainable feeling. So many of us feel empty, but we don’t know how to define or express this emptiness, we just walk around with it.  When you can fill yourself with the Word of God, you have joy. And that’s different from happiness. You can see hope in the greater glory that is about to come. You live with eternity in mind, looking forward to the Second Coming of Christ.”

At the end of the race of life, there is hope in Christ

When asked what the most eye-opening Scripture has been for him so far, Dan laughs and says there are just too many. He selects John 14:3 as pivotal in shaping the hope he now has in Christ Jesus.

“In John 14:3, Jesus says He has gone to prepare a place for us. That’s so cool. It gives us hope that we have a place in His kingdom, and when God does something you know it’s going to be amazing. [The Book of] Revelation already gives you a glimpse and I think there’s something great we can all look forward to in the light of all this. It’s not total doom or annihilation.”

That’s why Dan is so eager for genuine conversations (not blatant bashing, he emphasises) on faith, the Bible and Christianity. After rediscovering Jesus and finding answers to the many questions he’s always had, he invites others to purposefully search for God for themselves.

Now, when Dan stands before the Lord at the end of his earthly life, his desire is to hear Him say, “Well done, my good and faithful servant. Enter into the joy of the Lord.” That is the goal that every Christian should strive for.

“Can you imagine standing before the Almighty God, and He looks at you and says those words? It would mean everything,” Dan says.

Looking for answers to your questions on God, Christianity and faith?

Perhaps you’re wondering if Jesus is real or why there’s so much suffering in the world. You may be questioning how accurate and true the Bible is, or whether science and faith can coexist.

The Christian faith is a journey of discovery of God and His kingdom. This journey starts and ends with the Bible, but there are helpful resources along the way. Check out some of these local communities to get you started on digging into God’s Word and finding out the truth for yourself. 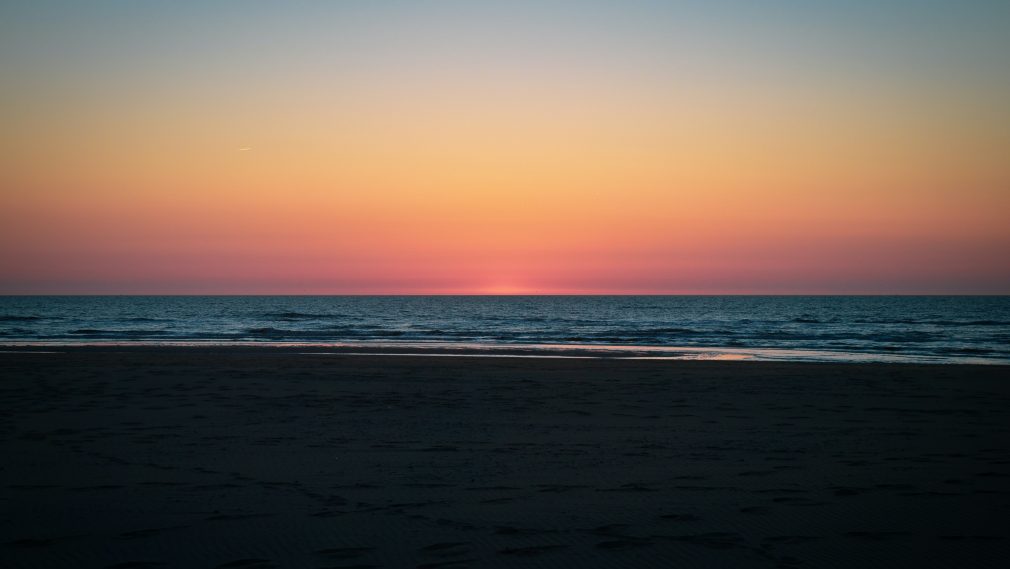 3 keys to contentment in a world that wants more 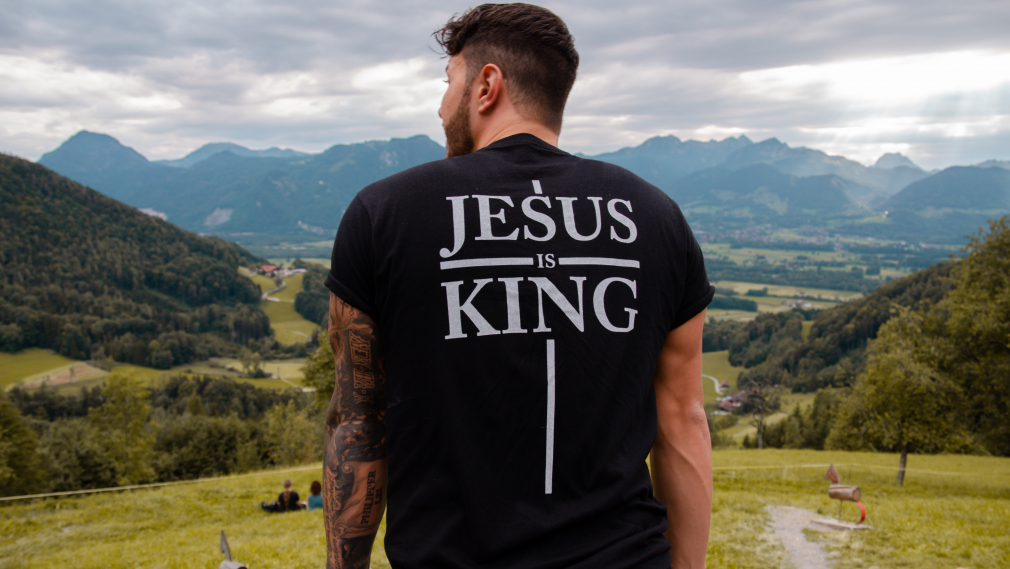 You can’t be a Christian and not fight for social justice.