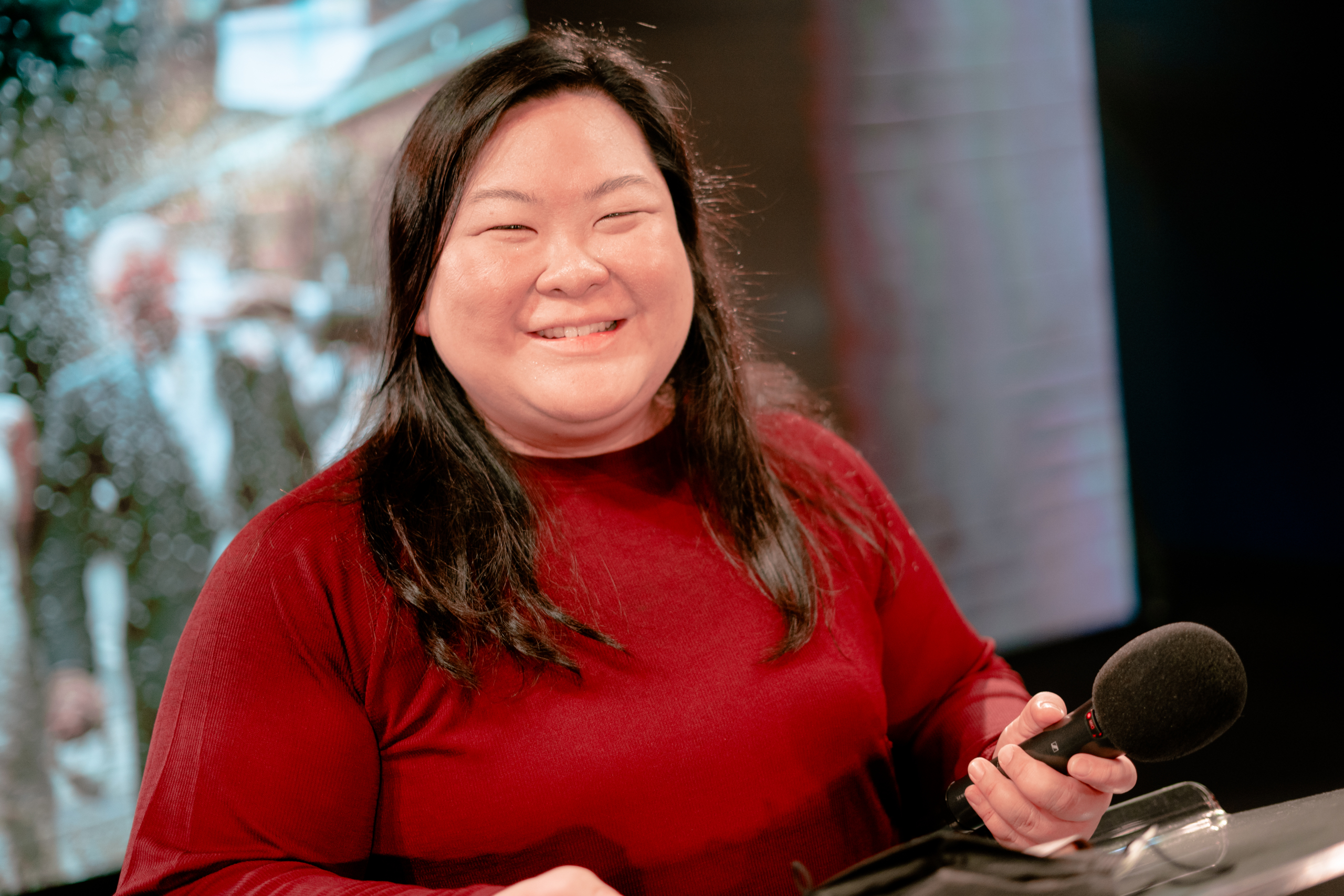 “When we consider that God’s economy is very different from capitalism and consumerism, it will change how we run our business.” – Rachel Ongkili on the freedom of stewardship and surrender

Rachel Ongkili is a practising lawyer, pastor and owner of several businesses involved in hospitality, agriculture and media production. Here, she shares her thoughts on faith, business and the contentment found in stewardship.

“I think I was trying to be a good daughter,” Rachel Ongkili says with a laugh as she recounts the chain of events that brought her to where she is today.

Born in Australia but raised in Kota Kinabalu, Sabah until the age of 18, Rachel had wanted to be a teacher, but because she wanted to honour her parents’ wishes, ended up obtaining her law degree and starting legal practice in Australia. In 2009, she returned home and was called to the Sabah Bar.

Although many doors were open, she chose the less travelled path

“In 2009, I had many options. I had an invitation to join the judiciary. I was also very close to entering civil service by applying to be a PTD – Pegawai Tadbir Diplomatik,” she says, as it had been a dream to work with the United Nations or other international organisations.

She was also experiencing a reverse culture shock after being in Australia for eight years. “In many ways, I think I had backslid and was actually questioning whether it was right that I’d come back home. I had all these options but didn’t feel a release for any of them.”

As the eldest child, she has always felt a duty and desire to be present for her family. So in 2010, she decided to juggle being a lawyer and helping the family business, a family-size enterprise based mostly in agriculture. Since then, Rachel hasn’t looked back.

Today, she is a partner at a law firm, Suzie & Co, she manages her family’s diverse businesses and has her own media production company. Rachel is also an executive pastor at Skyline SIB, a thriving urban church in Kota Kinabalu, and is currently pursuing her Master’s in Divinity.

“I juggle different roles, being a daughter, big sister, sometimes a lawyer, a manager, business owner and a pastor. So those are the hats I wear when I have to.”

Taking the business bull by the horns, Rachel dove straight in

Stepping into the world of business back when she was just a rookie was a step of faith in itself. Rachel had no prior experience or educational background in business or agriculture because she had wanted to be a teacher all along.

“I told my parents I’d step in and start looking after the family businesses as best as I can. Learning along the way. I was just feeling my way around but also understanding it was a call and responsibility,” she says.

She quickly learned the ropes and soon held an integral role running the family business. Around the same time, Rachel also had dreams to contribute to her homeland and that’s when she co-founded Vinoun Films, a media production company that hopes to advance the Sabahan creative space.

“My friend wanted to do something for Sabah, and I said I could get behind that. She was also a primary schoolmate, so I thought, “What a great way to do something meaningful together with an old friend,”  not realising that it would last this long and grow to be what it is today. It’s not a huge enterprise but is a very meaningful one.”

Today, Vinoun Films is a production house with an established presence in Kota Kinabalu and Kuala Lumpur. Its client portfolio includes Maxis, Astro and Shell.

“I’m not the biggest visionary. I don’t take huge risks. But, I’ve been raised by a father who is a visionary and has big dreams.”

As if a stake in a law firm, media production house and family businesses were not enough, Rachel recently added hospitality business to her collection. In 2021, Rajawali Homes, a 30-room boutique hotel in Kota Marudu, Sabah, opened its doors.

Rachel says it had always been her father’s dream to open a hotel one day. However, she had put the idea off for years, as she felt they already had their hands full and the money could be put toward something else. But after her father survived a stroke and came close to death, the dream was reignited in his heart.

“So I, again, trying to be a good daughter said okay, let’s just do it. But I know his heart, it’s big on empowering and giving people opportunities and that’s what he saw the hotel as. It’s just that I was late to see that. It wasn’t until the hotel actually opened that I went, “Oh, wow. This is actually making such a big difference in people’s lives”, especially in the area of providing meaningful employment.”

Today, Rajawali Homes employs 16 staff and two interns, all of whom come from Kota Marudu. It has been eye-opening for Rachel to see young lives in rural communities rising up to their potential simply because of the opportunity to learn, be challenged and grow.

Having been involved in various kinds of businesses for over a decade, Rachel shares a valuable lesson that forms the principle of how she runs businesses.

“The core value of everything that I do, in terms of the businesses that I run or manage, is always people first (the staff). That’s something I’ve come to learn over the years, that the level to which your business can grow is really measured in a way by the level at which you invest into your own employees.”

The bare minimum is to comply with minimum wage, EPF, SOCSO and other requirements covered by labour laws. As these individuals are giving of their time and years to help grow your business, it is important to treat them as best you can.

“As a business owner, I feel a strong sense of responsibility to care for them as my own kids. I want them to be the best versions of themselves, not just an employee in my company. It’s really about what it means to love God and to love people,” she explains.

And it’s not that the other bits of business does not matter, things like the pursuit of excellence, profitability and sustainability. In her experience, she has found that when she invests in her employees and genuinely cares for them, everything else flows naturally from that.

And this is also how she views her contribution to social impact, by providing gainful employment, mentoring and economic empowerment to young people. “You can make space for social impact even before you turn a profit, but it has to be built into your model from the start,” she says.

In God’s economy, it’s about being faithful. At times, it can come with an earthly cost

When asked if her people-first approach has set her back in terms of how the world views success, and if there have been disappointments, she laughs. “Of course, we get disappointed all the time!”

It can be discouraging when someone she’s invested in moves on to better opportunities (she firmly states there’s nothing wrong with this and believes that if there’s a greater opportunity, one should take it), and she’s left with a gap to fill.

This approach, Rachel acknowledges, may mean her companies will not scale at the speed of others or perhaps ever be as big as some corporations around her simply because working with people takes up so much time.

“Do I accept that things move much slower in our businesses? Yes, I do. Sometimes it seems very jarring to take this people-first approach. But when we consider that God’s economy is different from capitalism and consumerism, that will shape how we choose to run our businesses,” she says.

Therefore, she cannot shake off the conviction that people come first, no matter the cost. This is grounded in her belief that ultimately, she is but a steward and God’s proxy of the businesses she owns or manages.

“I always come back to that, and a lot of it is understanding that it’s not my business, it’s God’s. I am but a steward, and my responsibility is to care for the people who work in the businesses that I steer. To give them an opportunity to grow as far as I can take them within the organisation. And if it’s time for them to move on, we celebrate all they have contributed, thank the Lord and wait for the next person the Lord will give, and work with them all over again.”

As business owners, the question to always ask is: Who has God called me to be, and what has He called me to do?

The years have not always been easy. As a woman and Christian in the world of business, she has faced discrimination and the challenges of being in the minority.

“As you’re a woman, well, you’re just automatically not a man,” Rachel says with a laugh, remembering how she used to not be taken seriously in meetings or discussions.

But she comes back to the question: who has God called her to be and what has He called her to do? This has become the foundation for everything she does in business and what it means for her to live out her faith.

For Rachel, living out her faith means seeing everything she does as worship unto God. She stays accountable by asking three questions when faced with any key business decision:

In faith, business and impact, it’s about going beyond the bubble and into the world

Rachel is an inspiration to many. Her heart for people just keeps growing and is evident in the way she runs her businesses, cares for her staff and guides the young adults in her church. As a bi-vocational pastor, she believes her active ministry has shaped her to who she is today as a business owner.

“One thing I’ve learned is about being true to myself, again because I know who God has called me to be. There’s no difference between the Rachel you see at the pulpit and who I am every other day of the week. And there’s so much freedom in that,” she says.

Rachel is also a firm believer that as Christian business owners, it’s not just about empowering other Christians. In her words, we must go beyond the bubble and give everyone the opportunity to grow regardless of background.

Some of her pillars in Scripture are Matthew 22:37-39 (The Great Commandment), Luke 10:25-37 (The Parable of the Good Samaritan) and Micah 6:8. As to her advice for young business owners, she keeps it short and sweet.

“Keep it simple, love God and all people, and embrace stewardship. It’s true, liberating and it’s a place of freedom and rest.”

For more information on Rachel’s work and ministry, head over to Vinoun Films, Rajawali Homes, Suzie & Co and Skyline SIB. 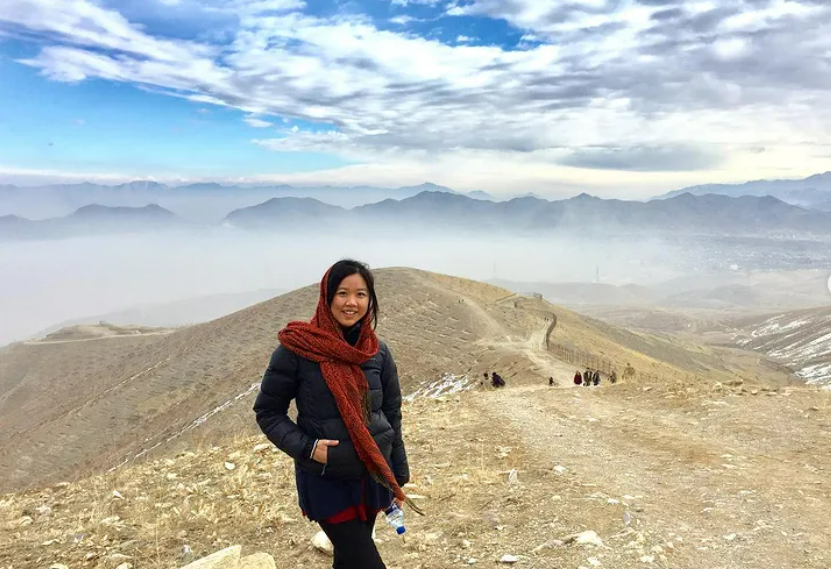 “He is the One who put everything in place and has called me to a different kind of life.” – Janielle Beh, music teacher and missionary in Rwanda 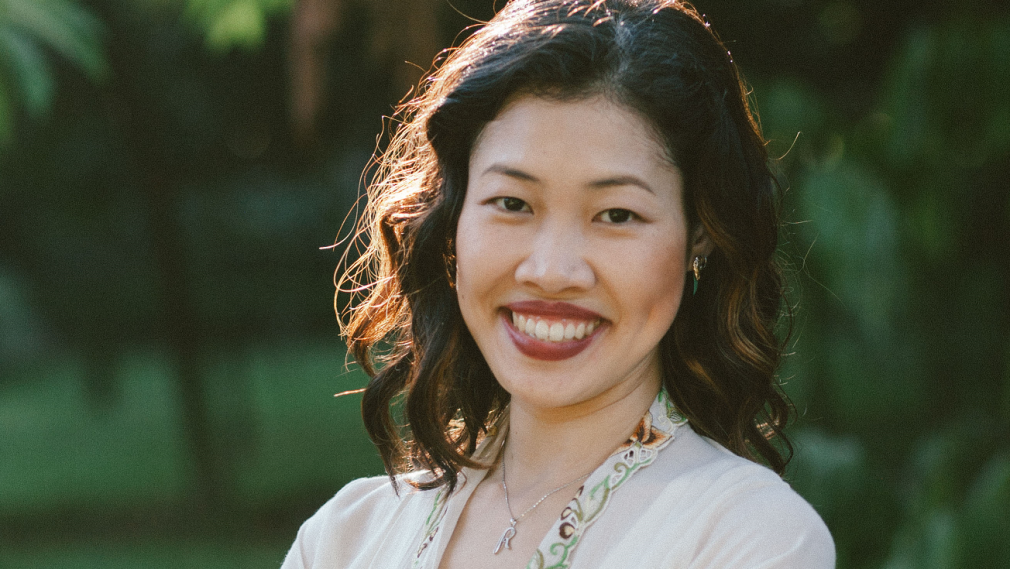 “As you take care of God’s house (and His work), He takes care of yours” – Rachel Ann Thong on her purpose in motherhood, ministry and the marketplace