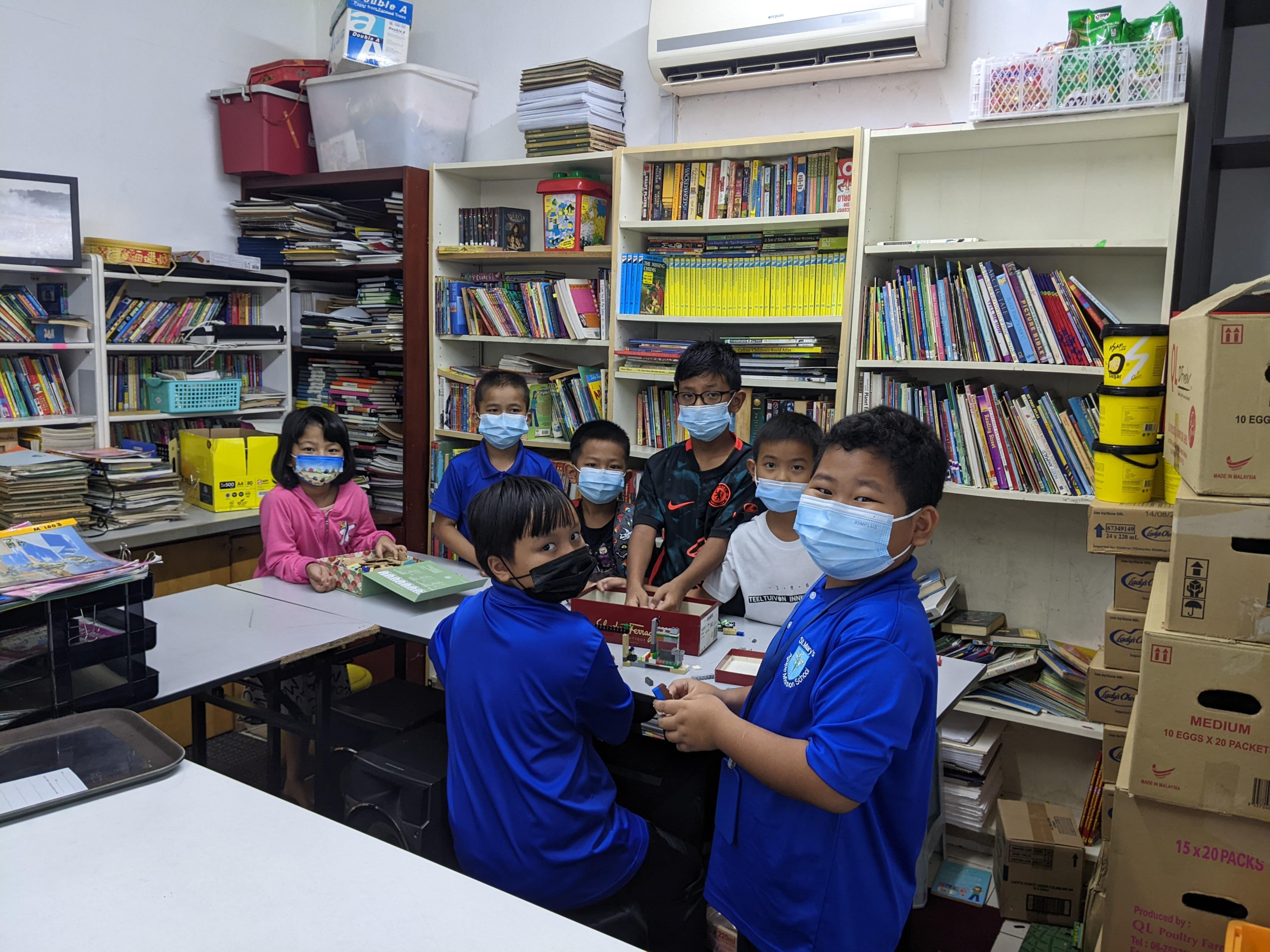 Through education, Agape Mission School is empowering a hope-filled generation of Chin refugees

St Mary’s Agape Mission School was founded in 2014 and provides education to Chin refugee children in Malaysia. Some families have been waiting for resettlement for more than a decade.

“Don’t mind the mess,” Dr Mei Tan says as she pushes several boxes and bags to the side. A quick peek reveals pre-loved children’s clothes, neatly folded and stacked, donated by generous individuals for the pupils of St. Mary’s Agape Mission School (Agape).

Located in the heart of Ampang, Agape primarily serves Chin refugees from Myanmar and is recognised by UNHCR. There are currently 97 children aged 4-18 enrolled in the school (registration is closed for now), which follows the US-based Accelerated Christian Education (A.C.E) curriculum.

Who are the Chin refugees in Malaysia?

In Malaysia, there are 182,960 refugees and asylum-seekers living among us today1. Of this number, around 20,030 are Chins, a major ethnic group in Myanmar hailing from the Chin state, a mountainous region that borders India and Bangladesh2.

For decades, Myanmar was ruled by the Buddhist-majority military junta. As the Chins are mostly Christians, they faced oppression and over the years have been identified as one of the most persecuted minority groups in Myanmar3.

After a series of nationwide protests against the government (known as the 8888 Uprising) that ended with a military coup in 1988, ethnic minorities experienced even greater persecution and many fled to neighbouring countries, including Malaysia2.

Founded by a Korean pastor, now helmed by a Malaysian doctor

Agape was formerly a makeshift refugee school set up by a Korean pastor in 2008. However, he was unable to continue running operations and approached St. Mary’s Cathedral in 2013. By divine appointment, Dr Mei stepped up.

“I came into this by accident, really. Our family had just come back from Indonesia, I’d stopped practising and was a stay-at-home mum then so I began volunteering at St. Mary’s Cathedral office in 2013. They asked if I could make a monthly trip to pay the bills, but when I saw the way the school was being run, I had to step in.”

At the time, pupils were taught didactically — this means a teacher would stand in front of the room and teach. Pupils would absorb what they can, and move to the next grade in the new year (regardless of their academic level).

“And the school had resources only up until Standard 5, so pupils would just repeat the same curriculum over and over, thinking they were incapable of learning more,” Dr Mei adds.

A good curriculum is key for non-traditional learning methods

At the time, there was another learning centre just down the road. The pastor, curious about Agape and what it was offering, came by and suggested the A.C.E curriculum to Dr Mei. He provided some old books for her pupils to try, and the transformation was undeniable.

“It was as if a light switched on for them. One of my pupils was so hungry to learn and \blasted through one year’s worth of English lessons in one month. I knew then that we’d found the right curriculum for our pupils.”

The A.C.E curriculum follows a self-directed learning model, allowing children to learn at their own pace. It’s an approach that works for these children as they are not able to follow the conventional education pathway.

Since 2014, around 500 refugee children have passed through Agape’s doors. Some have been successfully resettled in other countries while others leave when they cannot or do not want to learn anymore, shares Dr Mei.

A volunteer for eight years with no signs of stopping

A UK-trained physician with a firecracker personality, Dr Mei has been with Agape Mission School since 2014. She has been volunteering for the past eight years and does not draw a salary.

Officially, she is the Director of Operations and Administration of Agape Mission School, a sweeping title that aptly reflects her role in the school. With a lean team of only four community teachers and everything else supported by volunteers, Dr Mei has her hands full.

At the moment, they have around 11 volunteers with varying commitments. Most are retirees because Dr Mei has found they are the easiest to recruit.

“The one thing I wanted to do was to make sure there was a low barrier to entry for volunteers, so there’s no clock-in system or fixed schedule. My mother (a retired doctor) is my go-to volunteer when we’re short-staffed, which happens,” she says with a laugh.

“The work is hard but it is rewarding in different ways.”

Before the pandemic hit, Agape had a resettlement rate of 6%. It is unusually high for refugee schools (the average is 1%) and can only be attributed to God’s grace and favour, says Dr Mei. Many Agape pupils have also successfully integrated into their adopted nations.

She shares several success stories off the top of her head, as she keeps in touch personally with many pupils who have been resettled. “One is now a nurse, another has a degree in Practical Bible Ministry and another is waiting to join the US Air Force.”

“We also had two girls, aged 8 and 6, whose family made it to Australia just before Covid-19 hit. After a few months, their parents were called into the school. They were told their children were level-jumping because they were academically ahead of their peers. The principal told their parents, “I don’t know what school you sent your daughters to in Malaysia, but they know more than any of their classmates.”

Once Agape’s pupils reach the secondary level, they usually have developed a good command of English. This says Dr Mei has opened many opportunities for the youth to own their dreams because their aspirations feel that much more attainable.

A chef, business owner, restaurateur, artist, soldier — these are some of the children’s dreams

Eyes brimming with curiosity, masked faces stand around to listen as their classmates are interviewed. MM, 11 is the first to speak. The twinkle in his eye reveals a cheeky boy with a love for the English language and food. “I want to open my own restaurant that sells pizza,” he says.

BW, 14 and FZ, 13 seem pretty tight and it’s clear they enjoy a good laugh. FZ is a history buff and wants to join the army, while BW joined Agape in 2020 and hopes to be a chef when he grows up.

“I want to be a chef and cook everything! Burgers, noodles, pizza, salad, anything.”

AA, 15 and JE, 14 enjoy social studies (history and geography). They excel in their studies and are school interns, earning a small allowance for assisting with office work such as data entry and filing. The exposure also shows them how managing the operations of an entity works, giving them valuable experience.

“I’ve been in this school for 8 years, and in Malaysia for 11 years. Being here, I’ve learned English which has helped me become more mature and confident. When I grow up, I want to be a digital and watercolour artist.”

Finally, TLT, 9, spent eight years in Malaysia as a refugee. He enjoys playing games like Mobile Legends and Minecraft. His dream, he says quietly, is to open his own store one day.

What keeps the school running? A wink and a prayer.

Agape is fully funded by individual donors, many of whom are moved by the work being done. The school’s monthly operating costs run up to around RM8,000.

School fees are RM60 a month per pupil, an affordable fee for most families. Children bring their own lunches to minimise food waste, but a generous donor provides a hot meal once a week. Pupils’ families also receive raw and fresh produce on a regular basis through the Lost Food Project.

“When Covid-19 hit and food insecurity became an issue for our families, by some miracle we managed to raise around RM100,000 to start a feeding programme. My house became a drop-off point for donated goods. But somehow, we managed to provide bi-weekly food packs to 150 families (around 600 people) from March 2020 to October 2021 when things started opening up again.”.

The spillover awareness from the feeding project has also opened other doors, and Agape has seen its donor base grow as more people are led to support the work being done.

When asked what Agape’s needs are today, Dr Mei immediately replied, “Volunteers.” The school is looking for ones who are able to provide academic support to upper primary and secondary level pupils.

“At first, I was trying to recruit people like me, stay-at-home mums or working adults. But it was difficult, so I asked my mum to try recruiting her peers and that worked out rather well. Now, all of our volunteers except one are retirees.”.

A more immediate need, however, is for donors to subsidise the cost of transportation for pupils. There are currently around 10 pupils requiring assistance. As refugees, private transport is the safest option. “For RM100 a month, you would be able to support a student’s transportation fees to and from school.”

Life as a refugee is one of resilience and hope

As Dr Mei reflects on the years she’s spent working with refugees, she speaks of the resilience she sees in them — in the way they choose to live. Some have waited years to be resettled; some were this close to moving when Covid-19 struck, bringing them back to square one.

No matter what life throws at them, they have found a way to live. For a brief moment, one may forget that Agape’s pupils are refugees; they’ve discovered a way to circumnavigate their struggles and find ways to thrive.

Agape, too, has found a way to grow. The Lametna Project is a social enterprise that trains Chin women and children in crochet. “Lametna means hope in Chin, and that’s really what all of this is about,” Dr Mei explains, adding that Agape is more than a school.

“It’s more like a hub today, where we try to meet the needs of this community, whether it’s education, food or livelihoods. When I hear of our former pupils doing well and even choosing to serve their adopted nation, it reminds me that the work we do has its reward.”

To learn more about Agape Mission School, volunteer or support a pupil’s monthly transportation fees, connect with them on Facebook or Instagram. 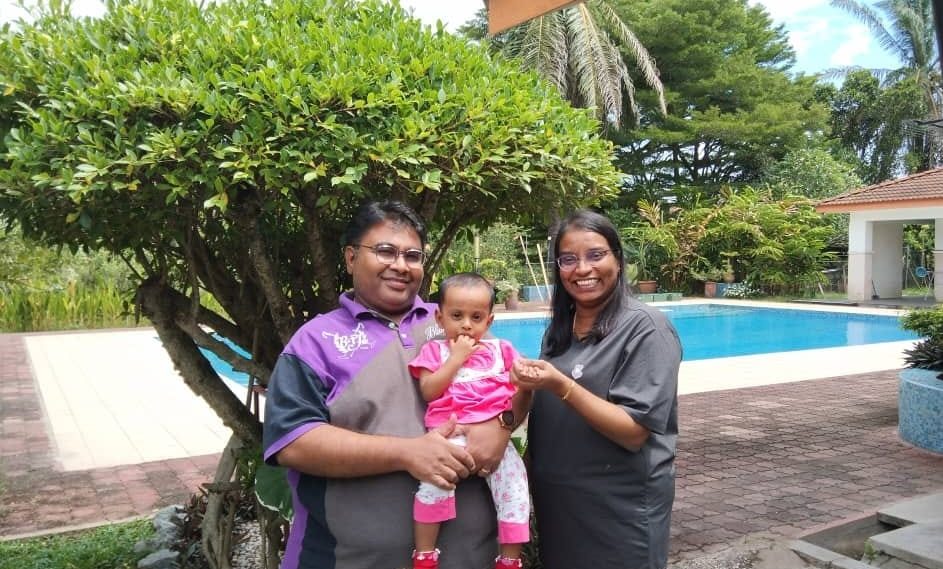 From drug addiction to impacting lives, Thomas Vijiyan is living proof of God’s restorative work in all of us 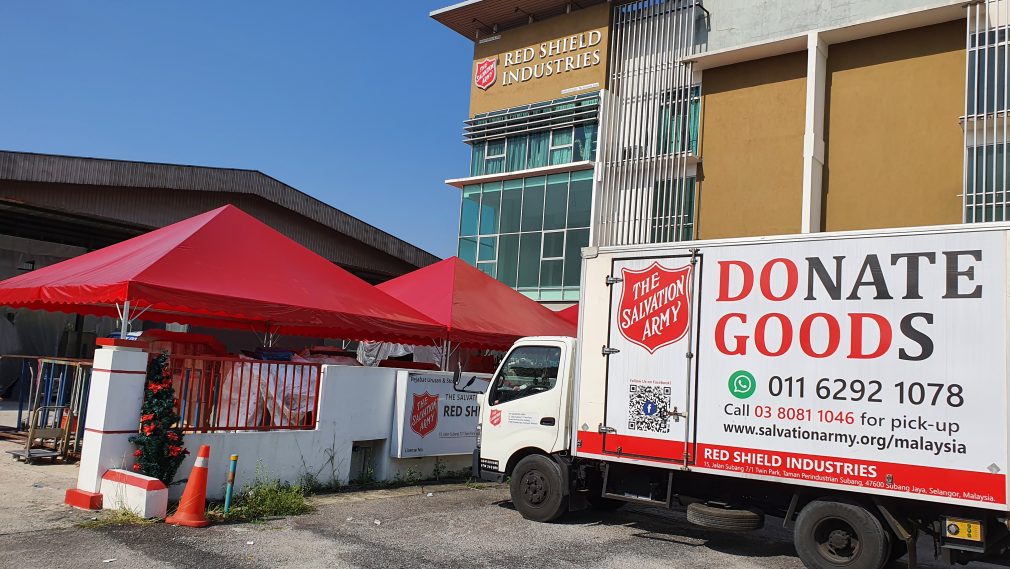 Since 1997, Red Shield Industries has given pre-loved items a new home whilst serving communities in need