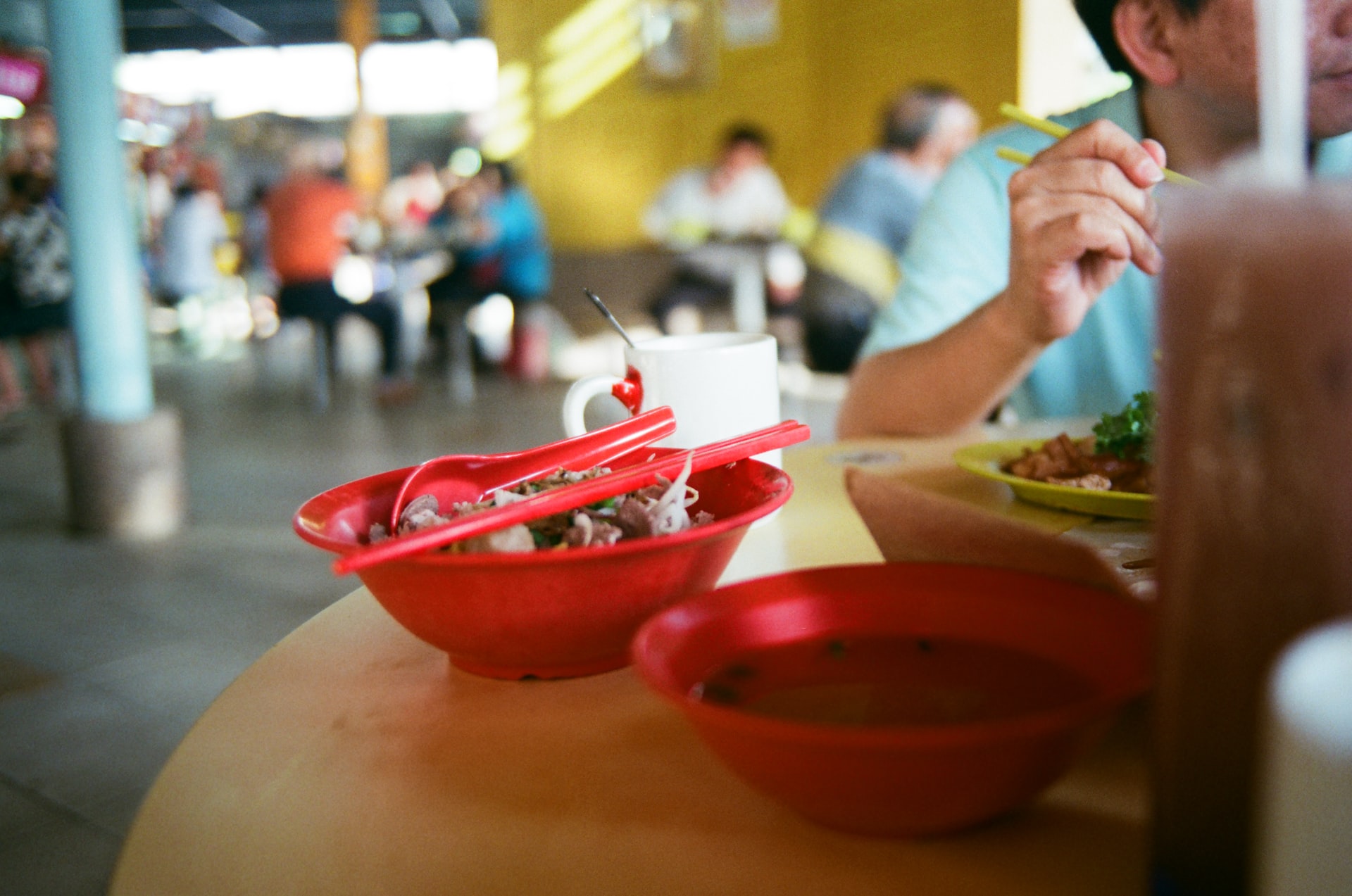 “Malaysia is a complex mix of people and history,” says Dr Michael Crane. A professor of urban missiology and a director of Radius Global Cities Network, he has studied the development of churches within urban frameworks for over two decades.

Dr Crane, who hails from the United States, is also a lecturer in a local seminary. He has lived in Malaysia for 12 years and is passionate about the role of churches in urban frameworks. As any good teacher can, he explains his niche area of study in simple terms.

“A city is a place where it is acceptable to meet a stranger.”

“Urban missiology is missions focused on the city. Missions is obedience to the Great Commission. A city is defined as such not by its size but more by its function. Cities offer the full range of services and there are also many layers of complexity: social strata, relational connections, and governance to name a few,” he explains.

A simple but useful way to define a city, says Dr Crane, is that a city is any place where it is acceptable to meet a stranger.

“In a smaller town or rural community, when a stranger walks in, people are wary because they don’t know who you are in a town where everyone knows everyone. In a city, however, it’s perfectly acceptable to bump into strangers everywhere and not feel unsafe.”

Understanding how a city is defined helps us to dissect how the Malaysian Church has developed over the years and its role today.

Kuala Lumpur is a melting pot of ethnicities, including diaspora and migrant communities. However, the urban Church is still largely monocultural.

“An observation found in many cities is that its multiculturalism is not necessarily reflected in the Church,” says Dr Crane. “The Church is largely dominated by one to two races and also by class; the urban church in Malaysia is relatively middle class and up.”

Although 70% of the Malaysian Church is Bahasa-speaking, these churches are largely rural and found in smaller towns. In cities, the English-speaking church is dominant, and city churches play an outsized role in the development of the Church due to resources, influence and reach.

What happens if we’re not careful is that we begin to exclude other communities, or remain largely unaware of how the church is being conducted differently.

For instance, in the largely middle-class Church, the urban poor are often overlooked as churchgoers and relegated purely to a ministry. And at times, we fail to make space for others whose schedules aren’t similar to ours.

“Do you know that there is a church in KL that starts its service at 11pm? I preached there once, and only got up to the pulpit at 12.30am. It’s a Myanmar-language service and because most of them are shift workers, they finish at 10pm and head straight to church,” Dr Crane shares.

He remembers being humbled by their hunger for the things of God, for usually at that hour most of us would want an ‘express’ service. But not this Myanmar congregation, and some of them have to work the next day.

The Church must embody a missionary character

Another observation Dr Crane made about city churches in Malaysia is that they often tend to build their churches in industrial areas simply because the land is cheaper.

“But do we stop to consider whether anyone without a car can get to service easily? That’s something that’s important in a city: access,” Dr Crane remarks.

The Church can embody and express its missionary character more effectively by planting churches in places where communities most need them, or where public transport is easily accessible.

According to Dr Crane, this would mean more churches planted in low-cost flats, for example, or along the fringes of the Greater Klang Valley where large diaspora communities live and work in factories.

He shares a story recounted to him by a Myanmar pastor in a large Selangor suburb. The pastor wanted to start a Myanmar service to serve the communities there and went around to local churches asking if they could provide any space.

“What’s incredibly sad is not only did some churches say an outright no, but others quoted ‘rental fees’ that bordered on exploitative,” Dr Crane says. But God is faithful, and a Chinese-language church eventually offered its space.

The key to a thriving church is becoming family

The Malaysian Church that exists today is a product of many forces, dating as far back as colonial times.

One can see evidence, too, of how geographical emphasis has played a role; the Methodists have a very strong presence in the north of the Malaysian peninsular while Presbyterians have deeper roots in the middle and south.

There was also a boom in the 1970s and 1980s, and many pastors today met Christ as students back then. However, a challenge today is that urban churches may not always have what city dwellers need.

Dr Crane opines that many churches in Malaysia have a mindset or approach where the church is built on one family, either the pastor or a senior leader in the church. And it becomes a church founded on family relationships.

The trouble with that is that cities usually draw people who don’t have all of their relational connections intact; some come from broken families or are apart from their families, and others are running away from family issues.

“So when they step into a church where families are celebrated for being whole, there’s an emphasis on family relationships and so forth, it becomes hard to weave themselves in. And if you don’t think of the church as your family, it will not be the place for you.”

The key is for churches to become family for each other, purposefully making everyone feel welcomed and safe.

Whilst Dr Crane admits that not enough research has been done on the Malaysian Church, there is data in existence that could prove helpful to the urban church.

The academic has found that not many churches in Malaysia express hunger or interest in any data. Instead, we tend to spiritualise many of our problems, believing that prayer alone will do the trick.

He cites William Carey, known as the father of modern missions, as a fine example to follow. Carey combined prayer, biblical exposition and global research with available resources to determine mission priorities, thus meeting the needs of communities he served in India and effectively sharing God’s love.

“At the same time, we would also do well to have people willing to filter data for the Church. With technology, we have access to so much information and that can be confusing at times,” Dr Crane added.

It starts with loving your neighbour as yourself

When asked what the first key action any Christian or church leader should make in creating a thriving urban Church is, Dr Crane answers immediately, “Love your neighbour as yourself, literally.”

He goes on to share that for many Christians who have heard this phrase throughout their faith journey, we equate ‘neighbour’ to mean everyone around us.

“When you cast your net wide like that, it’s hard to love everyone and so we end up choosing who our ‘neighbours’ are to love. So my advice is to literally love your neighbour. That could be the cranky aunty next door who gets mad because your child is making a lot of noise, the Nepali security guard at your condo, or the beef noodle seller who serves you lunch after church every Sunday. Who’s doing church for him?”

But Dr Crane also knows that it’s easier said than done. Loving your neighbour is a discipline, one that comes about through dying to self and renewing ourselves in the Word of God on a regular basis.

“We need to be willing to take risks and live differently. The Church needs to be different. For example, an Indian man once came up to our house and asked if we could help him jumpstart his car. He then told me that he had gone to all of the houses between ours and his, around 10 homes, but not a single person would open the door for him. His opinion was that it was because he’s Indian,” shares Dr Crane.

The next step is to ask, “Who’s missing from church?”

Look around at your service, and your church community and observe. We often want everyone to conform to our class, our schedule, and the way we worship and engage our faith, but do others feel they have a place in our church?

Another question to ponder is whether we truly see our resources as God’s and not ours. The church building we worship in, the funds we have, and the manpower and talent in our congregation. These resources can be used to bless and grow the Church in our city, not just the congregation we are worshipping in.

“We’ve seen Nepalese attend a Chinese-language service because they’re desperate for church, although they don’t understand a word being spoken. Cities bring in everyone, and Kuala Lumpur is a place of many nationalities and backgrounds.”

And so we must ask, “Who’s missing from church?” It is a question to ask constantly, says Dr Crane, because the city is always changing. The needs continue to evolve. And as we continue to become more like Christ, our filter changes too.

“One day, it may be this issue or community that stands out to you. In another season, God may open your eyes to something different,” Dr Crane suggests. “The Church has done a great job so far, but there’s still so much more we can do.” 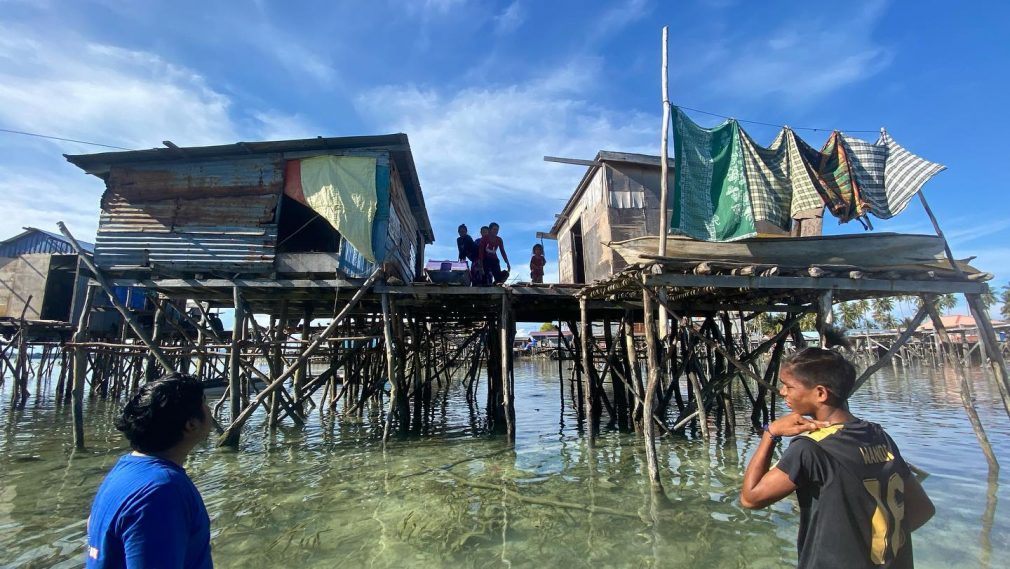 Out of sight, out of mind? As Malaysia chases fully developed status, the rural poor are falling behind.

Asia is the world’s most religiously diverse continent today. How can the Church stay relevant?