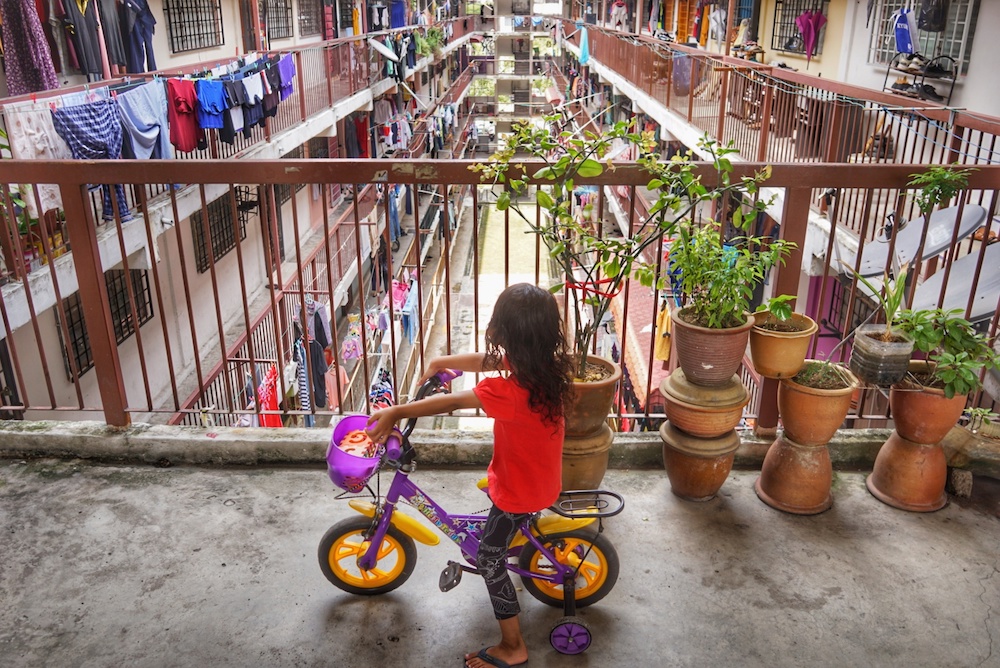 Urban poverty in Malaysia is rising. To address it, we need a mindset shift.

Poverty strikes in many forms, but struggling to make ends meet in the city can be a cruel and relentless battle. Urban poverty in Malaysia is on the rise. Here’s why.

In September 2021, Economic Affairs Minister Dato’ Sri Mustapa Mohamed revealed that there are more poor people living in Malaysia’s cities than in rural areas1. The numbers are also concerning: the urban poverty rate is higher than rural poverty by 45%.

Who are the urban poor?

In Malaysia, any B40 individual living within a city’s limits is classified as poor. This category is split even further into poor (monthly household (HH) income below RM2,208) and hardcore poor (monthly HH income below RM1,169). The urban and rural poor each face different sets of challenges, with some overlap.

“Urban poverty involves communities living in a disadvantaged area where communities are competing for resources.”

Urban poor families often face a lack of community support, inadequate housing, poor access to education and higher costs of living. Many are also low-skilled without formal training, making it difficult to find stable employment. Furthermore, urban poor job-seekers often have to compete with the tidal wave of migrant labour2.

Social exclusion and stigmas associating these communities with crime and delinquent behaviour do not help. And the urban poor stay largely silent simply because their voices are not heard.

“The urban poor also lack a human voice approach to the problem as they have no right to elect local councillors who are closer to the problem. While there are federal-based services, often these services do not reach the urban poor due to poor coordination or disconnect with the local authorities.”

Moving from countryside to city, in search of a better life

As urbanisation increases around the world, Malaysia’s also seen a rise in rural-urban migration. In recent decades, people from rural areas began moving to cities in search of better employment.

However, they are not always adequately skilled or equipped to compete with city dwellers, said then prime minister Tun Dr Mahathir Mohamed5. He pointed out that this results in lower wages and the inability to climb the ranks.

This lack of education and skills also makes the urban poor vulnerable to exploitation. Many do not know their rights as labourers or where to go if they need help and fall prey to greedy or abusive employers.

With the population boom in urban areas, infrastructure and environmental issues come to the fore. For instance, in Desa Mentari, a low-cost housing area, there are around 35,000 people living in a total of 6,290 units (13 blocks, 18 floors each)6. Families share rooms, and some also sub-let rooms out for additional income. In cramped quarters and with little space to breathe, health risks and crime become social issues3.

The pandemic has driven thousands of urban poor into hardcore poverty

The urban poor is also vulnerable to risk and the impact of crises and disasters. A clear example is the COVID-19 pandemic, where poverty rates increased nationwide. In Kuala Lumpur, hardcore poverty spiked drastically by 270% in a mere two years, from 1,048 families in 2019 to 3,865 families in 20214.

In a study of low-income urban poor families, UNICEF-UNFPA found that this group reported the greatest negative impact resulting from the pandemic7. Poverty often increases vulnerability to shocks. The lack of income due to unstable employment meant food insecurity, lack of access to education or healthcare, and declining mental health.

During MCO, limited access to technology (mobile devices, good and ready internet) means that many children did not learn effectively… Among the self-employed, the majority do not have social protection, with 9 in 10 not having either EPF or SOCSO. Even among private employees, 1 in 4 do not have EPF or SOCSO.

excerpts from ‘families on the edge’ report by unicef7

To solve urban poverty, we must first properly define it

Urban poverty, like any form of poverty, is incredibly complex and relative. NGOs, researchers and policy analysts repeatedly stress the importance of addressing the issue as unique. Jayasooria states that urban poverty needs to be looked at holistically and requires a “focused community-based urban policy3.”

Yeong Pey Jung, a Penang Institute senior analyst, highlighted the need for refined definitions of poverty that do not only take into account income levels2. She moots that social exclusion, meaning the lack of access to basic amenities such as housing, education, healthcare and clean water also plays a part.

“Poverty should be a relative concept. When we discuss the poor, they should be those who are considerably worse off than the majority of the population – a level of deprivation heavily out of line with the general living standards enjoyed by the majority of the population, and is not just constricted to income levels… hence, poverty in Malaysia should also be defined by the prevalence of social exclusion.”

When addressing urban poverty, there is low-hanging fruit

The urban poor face a myriad of issues. Where do we begin our efforts to solve it? A newly set-up Poverty Unit by the Ministry of Federal Territories is a good start, for it reflects the political will to get to the root of the issue.

Deputy Minister Datuk Seri Jalaluddin Alias said this unit at both the ministry and agency levels will regularly monitor the issue of urban poverty, especially in light of rising costs of living8. Several factors that can be looked at are shelter, financial assistance and employment9.

Employment is a big factor. Although much groundwork has to be done before we see a transformation, experts have pointed out there is low-hanging fruit, “utilising their existing skills while providing longer-term upskilling so they can “graduate” to needing lower levels of government support9.”

Some examples given include setting up cloud kitchens for the urban poor to prepare and sell food, establishing community gardens in abandoned spaces to grow fresh produce and setting a minimum wage for construction, gardening, maintenance and hygiene services.

“Malaysia’s efforts to eradicate poverty have been relatively successful so far, but we need new strategies, frameworks and solutions as our understanding of poverty increases. Winning the war against COVID-19 also requires that we repair our social safety nets and provide multidimensional solutions to the multidimensional problem of urban poverty.”

What can we do for the urban poor?

The multidimensional issue of urban poverty requires players from every area of society to come together with a common goal. That includes all of us, doing our part to build a healthy society that thrives and progresses fairly.

Although we may not be policymakers, corporate leaders or influencers, there are small but impactful actions we can take to assist the fight against urban poverty.

>> Give generously to the poor

‘Whoever is kind to the poor lends to the Lord, and He will reward them for what they have done.’ – Proverbs 19:17. If we have the means, let’s give wisely and generously to help the poor. Head over to our Christian Social Work Map to find NGOs near you.

>> Say no to corruption

“Corruption is a major problem, resulting in no money being channelled to the poor,” says Cynthia Gabriel, human rights activist and founder of Center to Combat Corruption and Cronyism (C4)3. At every level (even in situations where you think no one would get hurt), start saying no to bribery and corruption.

>> Treat those in the service sector with dignity

Whether it’s your grasscutter, domestic helper or the cleaner at the mall, love them as God does. That means not squeezing them for the lowest hourly wage you can get, or expecting them to work on their days off. If we help them understand their rights as labourers and treat them well, we will benefit from better service.

>> Pray for the urban poor

Prayer changes things. ‘The earnest prayer of a righteous person has great power and produces wonderful results.’ – James 5:16b. Let’s remember the urban poor among us in our prayers, that they will find stable employment to break the cycle of poverty and be kept safe from exploitation, abuse and greed.

With urban poverty on the rise, it is imperative that we accurately understand the complexity of the issue in order to address it. To learn more about urban poverty and how we can contribute to change, read the whitepaper Situational Analysis: The Case of the Urban Poor by Wiki Impact. 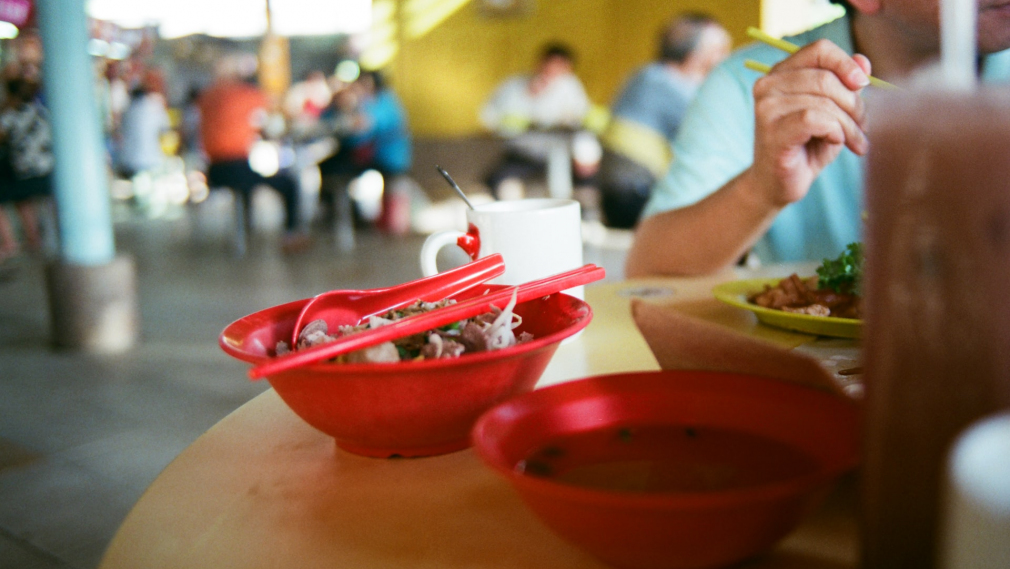 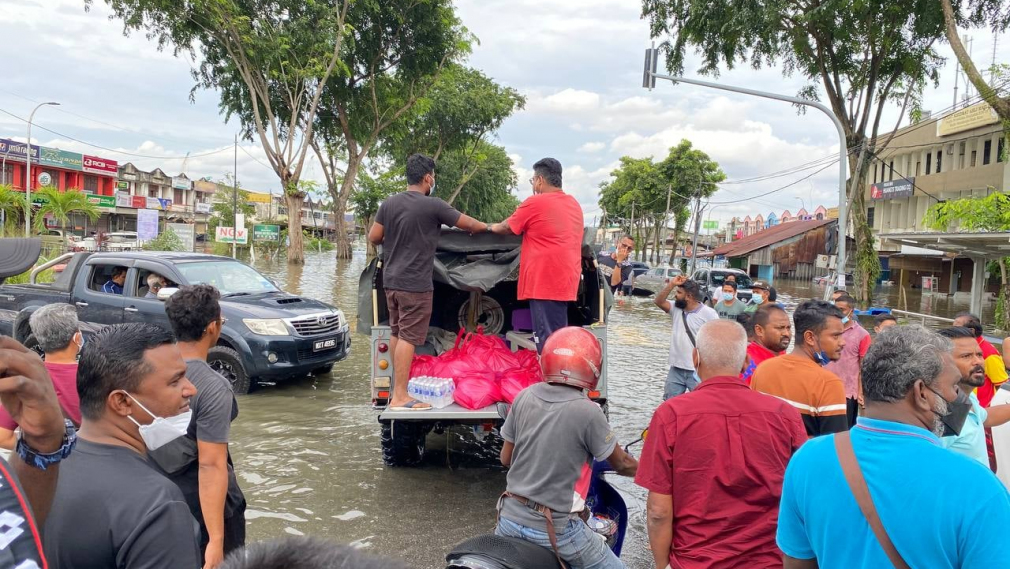